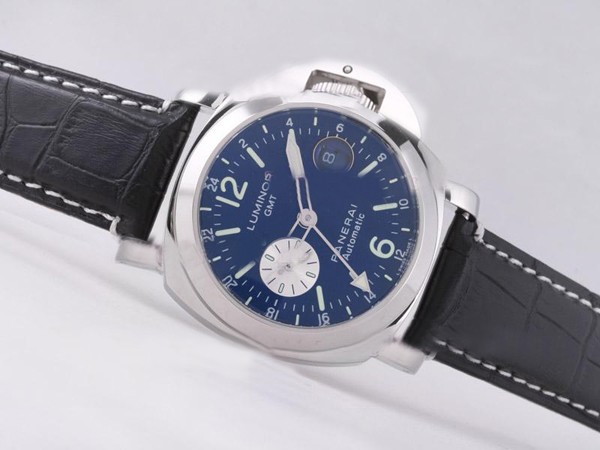 These days, when it comes to bronze watches, we’re spoiled for choice. The first Bronzo also had a sensational quality to it. While there have been bronze replica watches before, the prospect of a high-end luxury brand making a modern timepiece and deliberately fading it – really fading it, and quite quickly – surprised many people.
But given replica Panerai’s naval history and its association with events like the Panerai Classic Yacht Challenge, it makes sense to use bronze, a material with a long nautical history. If anyone should try making a watch in bronze, it was Panerai, and Bronzo became a hit. 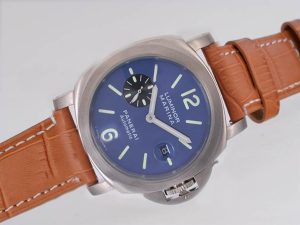 Since then, Bronzo has been a staple of the collection, known for its warm red metal case and its tendency to change over time on the owner’s wrist. Today, we take a look at Panerai’s sixth Bronzo in the last decade. What sets the new PAM 1074 apart is its size. In the past, the Bronzo was a full 47mm, now it is a more wearable 42mm.
Don’t get me wrong. The new Submersible Bronzo Blu Abisso is still a big replica Rolex watch by any standards that aren’t Panerai’s. Although I haven’t put it on my wrist yet – the 42 x 14.37mm bronze, including Panerai’s signature crown protection system, should have a way of making its presence felt.
That said, it’s not a mere hunk. The new Bronzo is an ISO-compliant dive watch with 300 meters of water resistance, a unidirectional bezel, and a small luminescent seconds hand at 9 o’clock that provides the necessary visual indication that the movement is running. The beige Super-LumiNova matches well with the hands and case, and the dark blue dial has a non-reflective matte texture that echoes the blue suede strap, which looks quite compact.